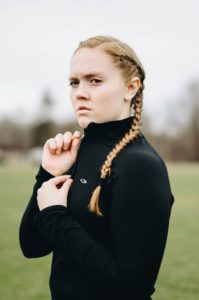 I can’t forgive him for what he did to me.

Can’t open myself up to being hurt again.

She was clearly wrong…no doubt about it.

I have said all of the above. Maybe so have you. To forgive someone I’m in a conflict with feels like being asked to write with my left hand (I’m right-handed). It feels totally unnatural and uncomfortable. Everything in me screams Nooooo. And every single time I’ve had to overcome my resistance and do it anyway.

Why does anger feel so much better than forgiveness?

1. Anger gives us a false sense of control. In many cases where we believe we’ve been wronged, we rarely hear the apology. Or we don’t hear the version we’d like. Nor is the offender held accountable for what they did to us. In the absence of these, our anger feels like we’re “punishing” the person who wronged us. They’re getting what they deserve. It promotes the illusion that we’re in control. That, somehow, we’re safe.

2. Anger helps us feel superior. In every conflict, someone has to be right in order to make “the other” wrong. Righteous indignation keeps us feeling that they “they wronged us.” When we stand on the perch of superiority we can make “the other” inferior. Again, it feeds our need for strength and control.

3. Anger keeps us from having to “own our stuff.” As a species, self-preservation is our strongest instinct. It follows that blame is so much easier than turning the inquiry inward. Asking the questions What could I have done differently here? What did I not see? is powerful but often scary. Looking at our own stuff means owning it and having to open to change. Ugh! That horrible six-letter word. CHANGE. Nobody I know runs toward it with open arms. It’s much easier to raise an arm and point a finger.

4. Anger keeps us pretending we’re safe. I’m never gonna let anyone hurt me again becomes the mantra we live by. We close off our hearts and dim our unique light. Because if we open up and show people who we really are, what we think and believe, we may be hurt again. But that’s such a limited way to live. It’s like walking without skin through a thickly wooded forest and trying to keep the branches from touching you. There’s a universal law that guides our lives. We grow through relationships. To grow, we must let others push our buttons. That’s how we know we have those buttons. Then we can get to know our buttons and learn to heal them. As you go through life, there will be others who hurt you, betray you, abandon you, and threaten your safety. The trick is YOU learning not to do that to YOU. Then you won’t have to walk around with your heart in a metal cage, the keys lost forever.

5. Anger strengthens and feeds our self-identity. When you were born, one of the first things your family did was gift you a pair of The Family Lenses. You were taught to look at the world through those lenses and only those lenses. Everything you believe in and know to be true about right and wrong, sinful and saintly, vanity and jealousy, being strong and being a wuss, came from those lenses. As you grew up and got out into the world, along came others with their own Family Lenses. Suddenly your ideas were being challenged and questioned by other lenses. In order to hold on to who you are you stood your ground, angry and justifying that you had the Right Lenses. Conflict! The harder we try to get others to see the world through our Family Lenses, the greater our frustration. What might happen if we said: “Hey, can I borrow your lenses for a moment and look through them? When you do, you go, “Wow! I never knew it could look like that! How curious…and interesting…and different!” We could let go of anger and just be in awe at how many billion Family Lenses there are to look from!

Posted in Healing Grief and tagged anger, control, forgiveness
← How Rushing Around Is Killing YouDo You Feel Your Feelings? →