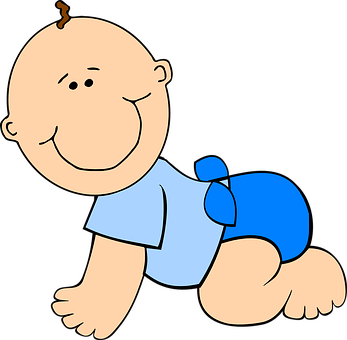 Recently I happened to read JJ Virgin’s inspiring memoir Miracle Mindset: A Mother, Her Son, and Life’s Hardest Lessons. This is the story of her 16-year-old son Grant who, in 2012, was struck by a hit-and-run driver and left for dead. Grant was not expected to survive the night but JJ’s intuition and inner strength kicked in. She made a series of powerful decisions going against expert advice, determined to help her son not only survive, but thrive.

Grant’s road to recovery was long, hard, and painful. There were no certainties, only hopes and possibilities. Faced with this long journey of healing JJ had to stay firmly grounded in the present moment. She had to look for evidence of progress in her son on a moment-by-moment basis.

One story she shares in the book had a profound impact on me–and I’m pretty sure you’ll love it too.

Being a mom of two boys who were only one year apart, JJ says she celebrated when her boys were finally out of diapers. As she was boxing up all the remaining diapers in the house to give away, she said to her husband John: “Thank god I never have to change another poopy diaper.”

Over a decade later, Grant was lying on a hospital bed deep in a coma. No one could say for sure if he would come back to life. During those dark days, it was a soiled diaper that became a miracle moment. It was the first sign that her son was starting to come out of the coma. His bowel movements indicated that he had begun the long process of awakening.

That poopy diaper was a sure cause for celebration.

Over the weeks and months, every small sign JJ received was reason for enormous gratitude.

A flutter of the eyelids.

A slight movement if an arm.

A tiny squeeze of the hand.

A wiggle of the toes.

Through the arduous process of her son’s recovery JJ comes to notice a very important truth.

“He was alive. That alone was a miracle, but it wasn’t enough. He had to keep pushing forward–not toward a finish line, but to simply be his personal best. That’s all that any of us can do..I had to accept Grant for Grant. The way he was now was Grant–all of it. His more positive, empathetic attitude was Grant. The fact that he couldn’t tolerate being around large groups of people and easily grew overstimulated was Grant. The way he still mixed up the letters R and S and laughed at himself when he did was Grant…There would always be something else to worry about, some other finish line to aim for. No matter how much I wanted to put the accident behind us, it would never truly be behind us. This was our life now. Instead of trying to move on from it, I had to start looking at the accident from a different perspective. Seeing the gifts we’d all received from it was a huge step in that direction.”

We can all take away lessons from JJ’s story:

Posted in Inspiration
← “How do I get over the loss of my loved one?”Does Your Inside Match Your Outside? →