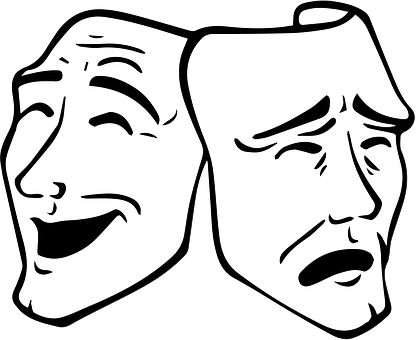 A few weeks ago I was witness to two family members who did something that reminded me of a valuable lesson.

The two people in question had expressed a disagreement on an email exchange. It was the typical “my truth versus your truth” kind of situation. Some of the emails were curt, unkind, and heavy with justifications. Twenty-four hours later, the two people came face-to-face — but there was no reference AT ALL to the email exchanges of a day ago. They talked. They laughed. They were civil. To the average onlooker, they looked like two people who got along just fine. Simmering beneath the surface were hurt feelings caused by the bitterness of words exchanged on email.

Things were not fine. It was just easier, and perhaps “safer” to brush the whole thing under the carpet and “pretend” to get along. It was so much easier not to voice difficult questions and hear the other’s version of the truth.

Emotional honesty is hard. But it’s also an essential life skill. Unfortunately far too many people prefer to look the other way and not engage in these difficult and necessary conversations.

Why is emotional honesty hard?

How do you deal with conflict in your relationships? Comment below.

Posted in Healing Grief
← The Dad You Had, Have, or Didn’tThe Truth About Emotional Honesty (Part 2) →