Ginny Brock has lived through every mother’s worst nightmare. She received the dreaded phone call that told her that her youngest son, 26-year-old Drew, was in a hospital fighting for his life. Drew did not make it and Ginny was in the depths of despair. Little did she know that it was her deceased son who would save her. She tells her powerful, moving and healing story in By Morning’s Light which opens thus:

“The last time I saw Drew alive, we said goodbye at the railway station on a midsummer afternoon in Springfield, Virginia. The next time I saw him, he was in spirit on a snowy night in Denver.”

1. You had a sense very early on in your life that things are not what they seemed to be. Tell me about that realization.
As a very young child I was getting flashes of memories of another place and time that I couldn’t quite remember. The memories would suddenly flood my senses, filling me with a surge of happiness that felt like soft light, warm, glittering air and the taste of pink icing. When I tried to hold on to them, they just melted away.

2. After what seemed like an idyllic life, you suffered two hard-hitting losses–your husband Walt and your youngest son Drew. How did you get through the early days?

Immediately following both losses, I was numb, unable to grasp the enormity of what had happened. They were both sudden deaths so the anesthesia of shock held me together for a few days. And then, five days after Drew passed, still numb, I saw him. He was alive, living, breathing, and to my horror, distraught and confused. I had to reach him, but he was on another plain that at first seemed unreachable. And then, I realized that I could help him cross over. His father came to meet him and from then on, I had something to hold onto.

3. You left the room even as Drew was dying. Describe that moment and your decision to step out. 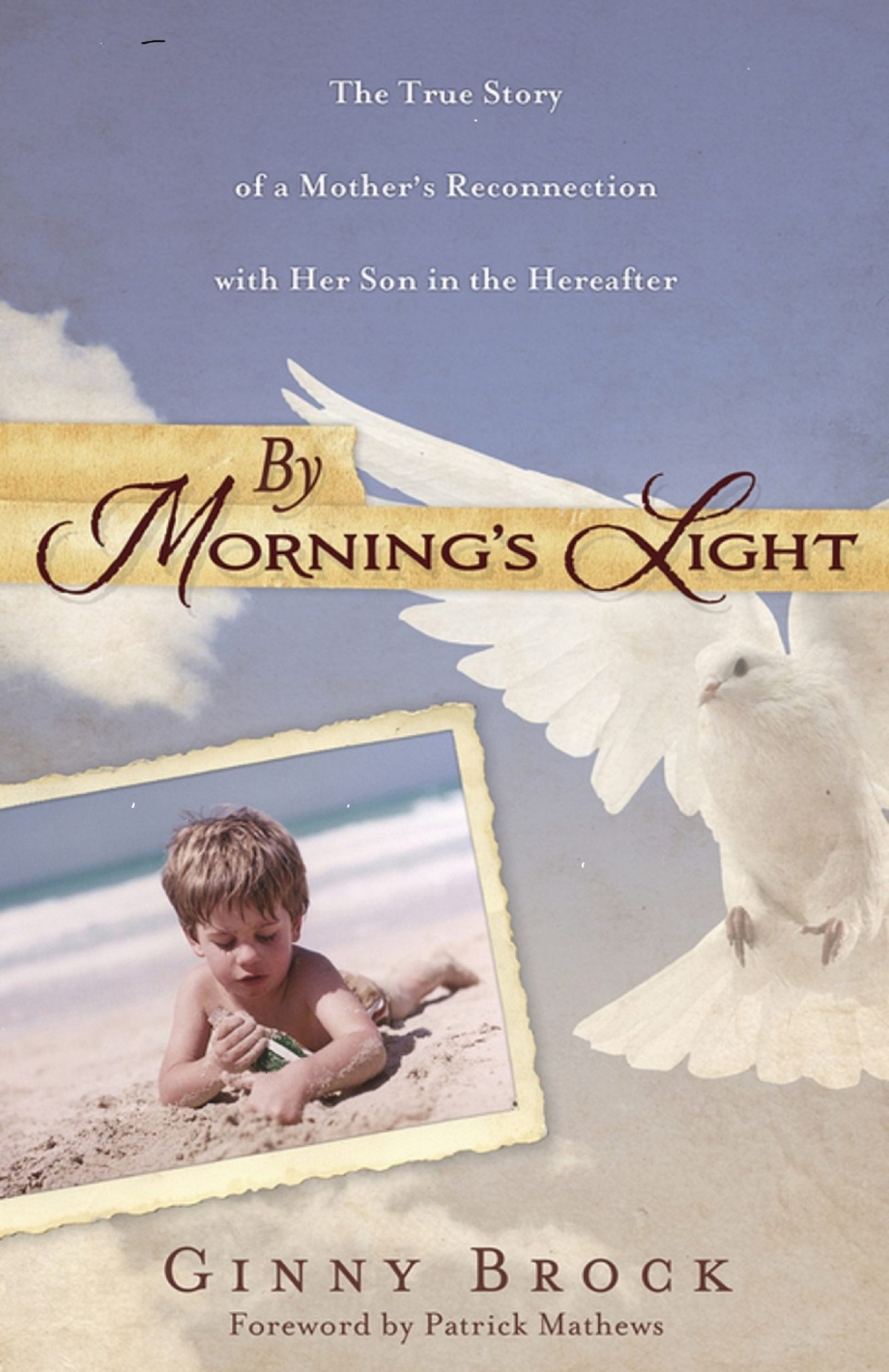 On the afternoon that Drew died, I fell asleep on the couch in his hospital room. His brother and sister and her husband were all there with me. We were all exhausted, but I was determined that I would be there at his side, forever if necessary. There was never any question in my mind that I wouldn’t be with him until the end. But when I awoke, suddenly, alerted to the presence of his father in the room, I knew I had to leave. Something was compelling me to leave. It was almost as though I was being pushed out of the room by an invisible force. And I was completely okay with it. Even though I wasn’t there when he left. In many ways I wish I had been there. Many ways. But it wasn’t meant to be and I’m alright with that.

4. How did Drew’s many signs keep you going? Do you think you would have survived the grief without them?

I lived for Drew’s signs that he was still with me. The grief would have been practically impossible to survive without them. I have two other children and seven grandchildren who I still lived for, but without them and the signs, I would gladly have left this earth.

5. Where do you believe heaven and earth collide?

I believe Heaven and earth collided that day we lost Drew. Where Heaven is a place of indescribable  love and joy and beauty, grief is its opposite. To me, the grief of losing a child was pure hell. And these two opposites collided that day, catastrophically.

6. How do we stay open to messages from beyond?

You stay open to messages from beyond by knowing that they are possible. To do that you must first understand that you are an eternal spirit living on earth in a human body. You believe that your spirit never loses contact with where it came from, or with other spirits it knows. Once you get that, you become aware, very aware of spirit’s presence and as you acknowledge it, you allow your sixth sense to kick in by moving aside the powerful physical senses and focusing on the unseen. Always be alert to spirit. Ask for signs. But most of all, TRUST what you’re feeling.

In my second book, soon to be available on Amazon, I have answered all the questions that arose following “By Morning’s Light”. How do you do this? How can I do it? Doesn’t it scare you? How do you know you’re not imagining this stuff? And on and on… It’s the story of life before life, life on earth and the afterlife. An eternal spirit.
7. What can we say or do to ask for specific assistance from our loved ones who have passed on?
When I need assistance from loved ones who have passed, I speak to them directly, expressing the problem (which they already know about) and asking for help. I ask for specific ideas and solutions. Sometimes I ask, “Should I do this, or that? Please give me a sign.” And I pray. Never lose sight of prayer.
8. What do you know for sure about life and death?

I know without doubt that I am a spirit living on earth in a human body. I have this cumbersome body so that I can get around this gravity-ridden place. It wouldn’t do to suddenly start walking on air and wafting in and out of places and disappearing through walls. Not if you want to be taken seriously. I know that I am here to learn spiritual values, and to try and perfect them in this lifetime. (If I don’t, I may try it again later.)

The key to acing these lessons is to understand that – in the final analysis Love is all there is. It is the only thing that matters. And it is ours to hold and to share every day of our lives on earth. I know there is no death. We don’t die. When our time to leave this earth comes, when we’ve done what we came to do, we simply transition back to our spirit form and go home. I believe that we will go to the place that we are the most comfortable in, and from what I’ve been shown by Drew and others, it’s magnificent. Far more than anything we can imagine. Although it’s where we have lived for eternity.

9. All parents who lose a child struggle with the big question WHY. I was with a four-year-old in hospice just a couple of weeks ago and it doesn’t make sense. Do you have any understanding to offer?Losing a child is the hardest thing we will ever encounter. Why does it happen? I believe that even when a young child dies, its life has been completed. That child’s spirit, was probably extremely evolved, an old spirit, and it came in to teach. And when it was done, it left. In his short life, Drew taught me far more than I ever taught him.

10. What do you believe happens when we dream of loved ones who have passed on?
Are they getting through to us when our defenses are down? Sometimes we have one of those dreams of loved ones who have passed that aren’t
dreams at all, but visits. They usually happen in those minutes just before waking or falling asleep, when there is no resistance from the physical
mind. You’ll recognize one of these dreams because they’re so REAL. It’s as though you are there with the person. In many cases you can touch and feel them, you can hear them and speak to them as though they were beside you. And they are.
Sign up to receive regular Grammar of Grief updates in your inbox.
Posted in Afterlife, Healing Grief
← Your Grief Story: How are you telling it?10 Ways to Cope with a Difficult Loss →